Why I am grateful for one dad’s question. 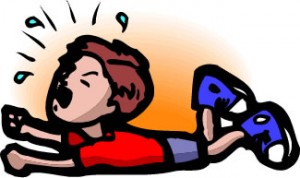 His question stopped me in my tracks and forced me to cast a quick glance at the past. I had been mingling with other parents at my younger son’s daycare, chatting about nothing in particular.

One dad asked if my older son, who has autism, was now calmer.  I had to think back to when he had last seen my son and try to remember how calm he was back then.

My older son had attended the same daycare a few years back and had been in the same class with this dad’s daughter.  His question took me back to that time; a time when my son had many challenges that made life extremely frustrating for him.

I remembered how my then skinny, cute three-year-old had once been in such a rage that he broke the pantry door of our brand new kitchen.  Those days, going up to the daycare to pick him up and getting him back in the car was no small feat!

Although my son was toilet-trained, at some point he would refuse to use the bathroom at the daycare.  His educators would take him and he would have a stand-off with them and just refuse to pee.  At lunch time when I would come to pick him up he would walk downstairs, stand outside the car and pee in his pants!  I was grateful that at least for the most part, he was not peeing inside the car.

This dad and his family were always quick to offer me help when I needed it.  They would take my younger son and walk around with him while I handled an often “epic meltdown”.  Even though they would be on their way to grab their child and head home to their supper and evening chores, they always stopped to help.  It wasn’t just the parents who were helpful; their daughter became my son’s self-appointed keeper, helping him navigate the confusing world of daycare.  I am shall forever be grateful to this compassionate family.

Was my son calmer now? 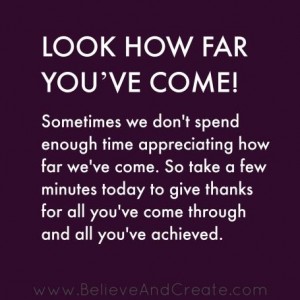 Yes my son is calmer now.  I am grateful for the question that forced me to pause, look back and take a moment to appreciate how far my son and our family have come in the last few years. There have been many other changes both big and small but it’s only when I stop to look back that I see the footprints on the road we’ve travelled. Go ahead, look back and appreciate YOUR journey.